In June 2017, after a lengthy application process, we were informed that the scheme had acquired the award. In September, we were presented with a certificate and an engraved crystal by the Lord Lieutenant of Oxfordshire at a ceremony attended by many of our Volunteers, past and present.

The Annual General Meeting of the Abingdon Good Neighbour Scheme took place on Thursday 19 February 2015, at 7 pm in All Saints Church Hall, Appleford Drive, OX14 2AQ. The Committee thanked the volunteers for attendance and participation.

The Commitee held an afternoon tea from 3pm to 5pm, where volunteers could drop in for a chat and a cupper. This was very well attended. It turned out to be a good opportunity for volunteers to meet other volunteers and swap experiences.

We have been running for four years. Thanks to all our volunteers because without them and their dedication we could not carry on. We never stop needing more though. We all hope we can continue for at least another four years. There was an article in the Abingdon Herald on 2 September, you can follow the link below.

Seven volunteers visited the Oxfordshire Association for the Blind, to gain information about working with people with sight loss. We received a very enjoyable and educational talk by Ana Novakovic, and she gave a few practical tips for helping someone with a visual impairment in their home. The talk lasted two hours, but we had exercises to complete, which involved being blind-folded and trying to count money and determine which coins were which. We also tried to make a sandwich, which was all fun, but gave us a greater understanding of what people with sight loss have to cope with. We were instructed in the correct way to walk with a blind person ‘sighted guiding’, and we tried this out ourselves, both taking the part of the blind person, and a turn as the sighted guide. We had plenty of tea, coffee, cakes and chocolate biscuits, and we all felt it was well worth attending.
Oxfordshire Association for the Blind
Bradbury Lodge
Gordon Woodward Way
Oxford
OX1 4XL
Tel: 01865 725595
Website: www.oxeyes.org.uk
Email for further information: development@oxeyes.org.uk
Further information click here.

We have now introduced a system for Volunteers to be paid out of pocket allowances when travelling or using your car to assist a neighbour. Contact the Treasurer, Alan Keymer. If you have regular expenses you can claim once a month. 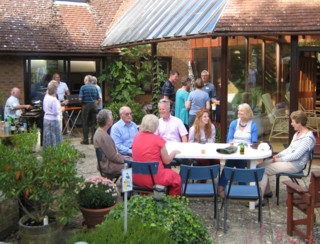 We had over 20 people attend with a mixture of Committee members and volunteers. As the BBQ was held earlier in the year than last year, the weather was warmer. There was plenty of food and drink. This is always a nice informal way to meet the volunteers, so if you didn’t manage to come, please look out for the email invitation this year, and we will look forward to seeing you. David (the Chairman) and his wife Sue very kindly hosted the event at their home 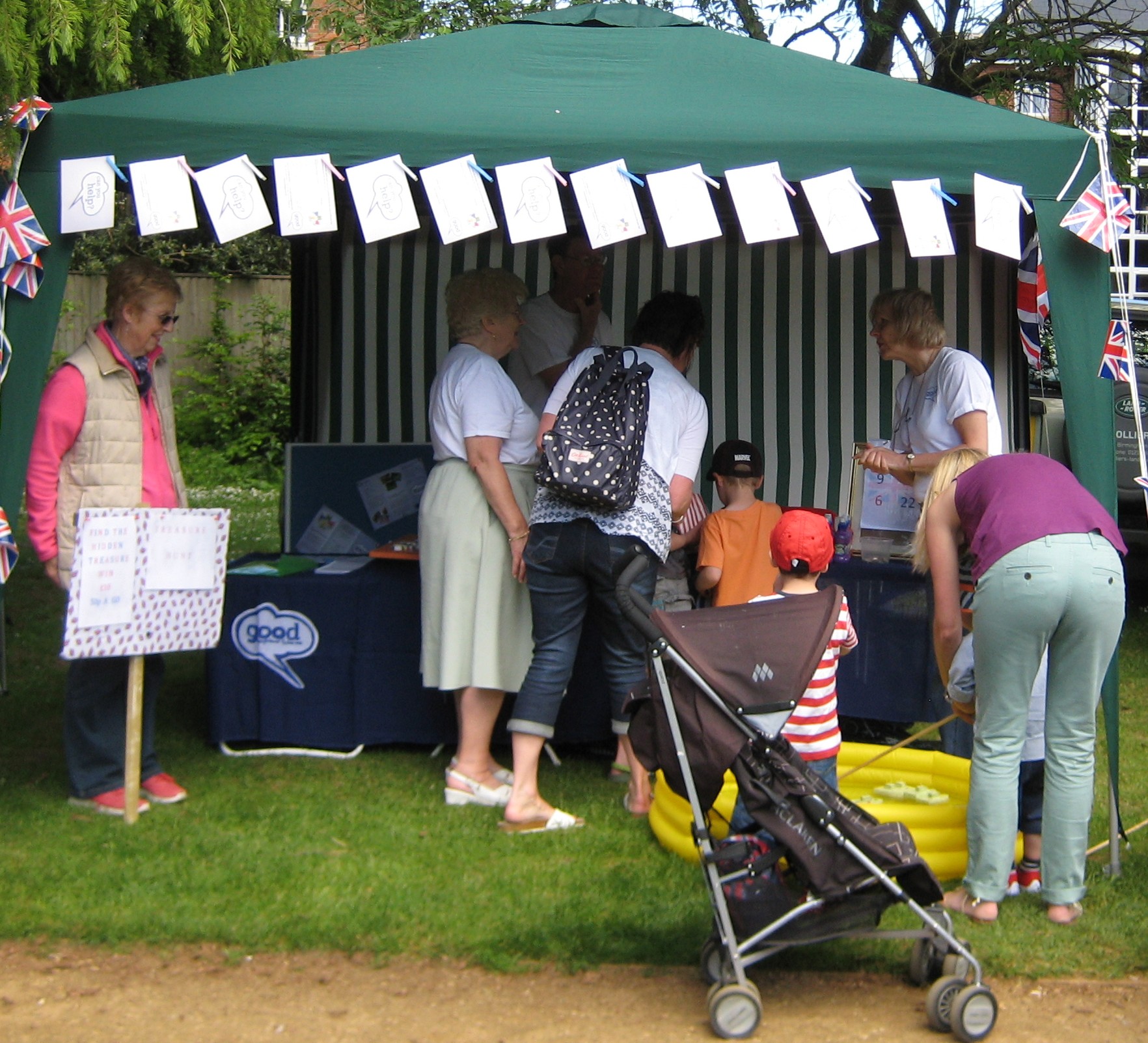 
FUN IN THE PARK

We had a very busy and enjoyable day. The children loved our 'hook a boat' game. We were lucky enough to make Ł118.40 for the Good Neighbour Scheme. All the Committee were involved in the organisation and helping on day. We also had help from volunteers Jo Spillane, Michael Kovari and cakes made by Chris Doran. It was a good venue to fly the Schemes flag, as a lot of people attended.

SUCCESS IN OBTAINING A GRANT

Abingdon Good Neighbour Scheme was successful in securing a grant of Ł926.00 from Red Nose Day Community Cash, funded by Oxfordshire Community Foundation. This will help us to continue with the scheme for a few years to come.


Click below to listen to: David Harmsworth on BBC Radio Oxford 2nd October 2012 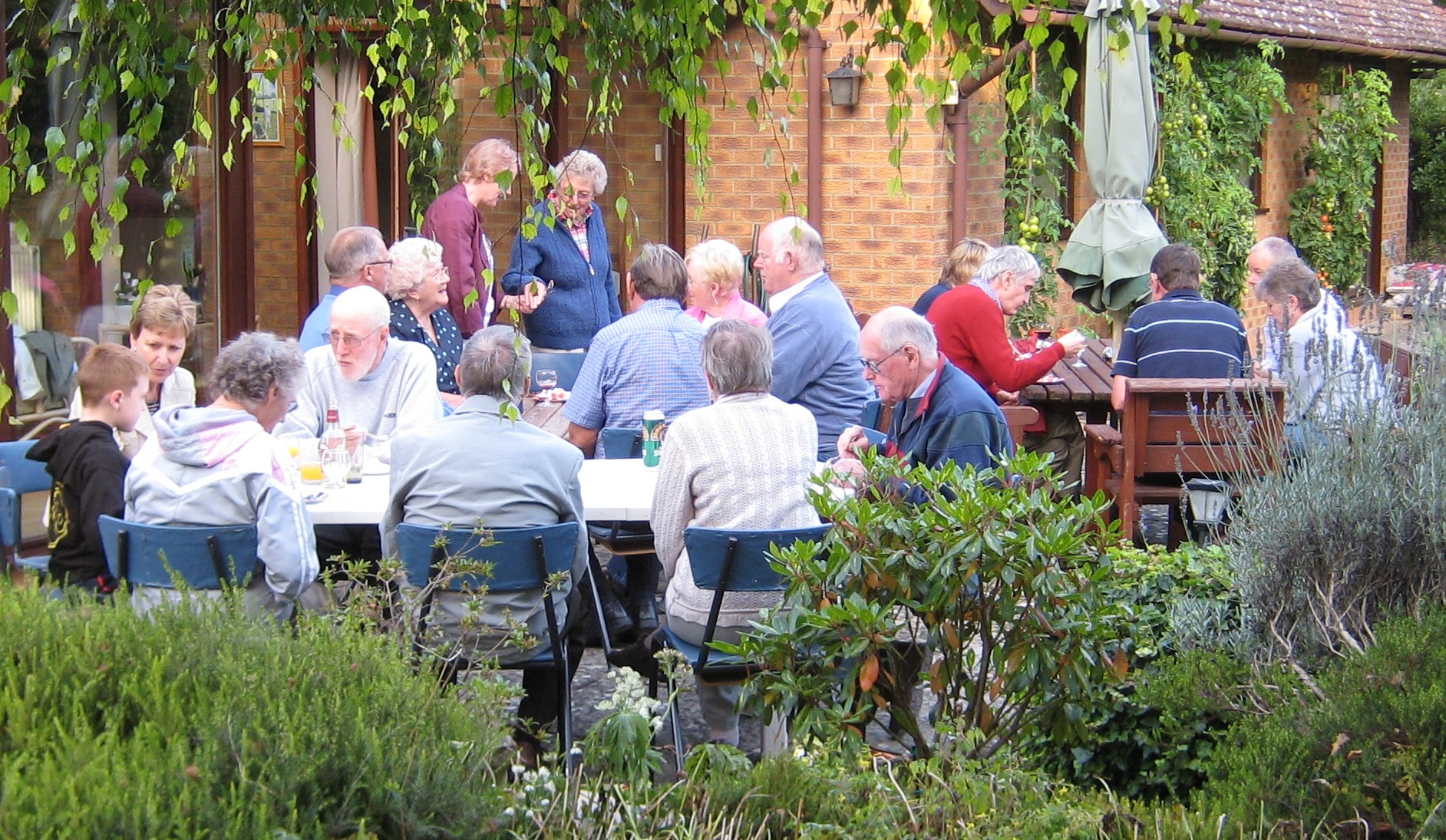 It was well attended with Committee members and volunteers. We welcomed three of our newest volunteers. There was plenty of food and drink, and it was
a splendid opportunity to see everyone
and have chat. David (the Chairman)
and his wife Sue very kindly hosted the event at their home. 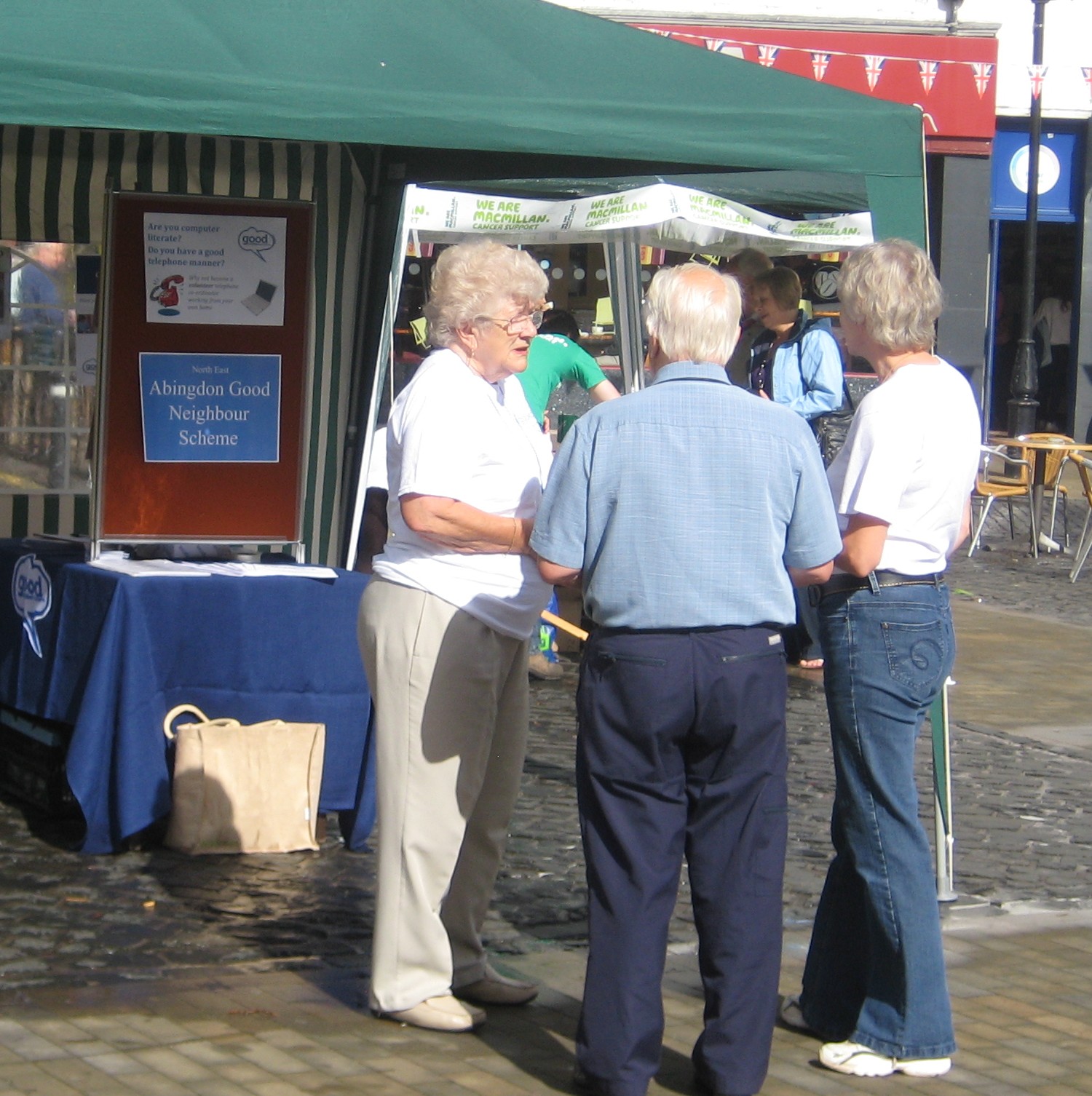 We were in the market square in Abingdon trying to recruit more volunteers. We handed out leaflets from 10.00 am until 2.00 pm. The weather was good to us until lunchtime when it started to rain, and the centre of Abingdon became very quiet. It will take weeks before we know how successful it has been, but we wait eagerly for the phone calls to come in. 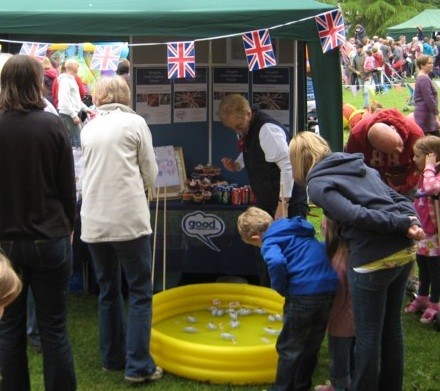 
Fun in the Park

We used this day to fundraise. The event was very well attended, and the weather was good. We had a boat game for the children, with home-made cup-cakes (supplied by Anne) and a can of drink as a prize. We also ran a treasure hunt, as well as selling wooden dinosaurs which Alan had made. Luckily our stall was in a great position, and we raised the Scheme’s profile, and had fun doing it. We managed to raise a small amount money which our Treasurer, Alan, was very grateful.